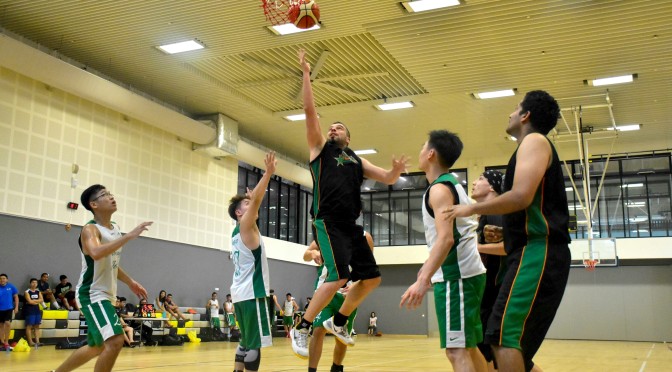 Blitz-recap:
An aggresive Average Joes team gave the E.B.I. squad all it could handle for three quarters. Crossover League topscorer Kian Hao was difficult to contain and got sent to the line twelve times, half of his teams freethrow attempts. Ultimately the Joes lack of a second, let alone third option led to their downfall.

After a few lead changes throughout the game, EntourageBBall took control in the fourth quarter, relying on their league-leading defense to get stops or force turnovers. The team’s 31 freethrow attempts were the most this season, underlining the players’ readiness to attack their opponent’s compact zone and the Joes foul-happy attitude.

The guards carried the load on offense this time, Nourdin and Chi attempting the most shots and scoring at a high percentage while standout center JB had a rare off-night on the offensive end.

Three-point shooting (1-13),  Freethrows (team: 55%) and the lack of assists, the men in black & green had four (!) assists, remain problematic for the still-unbeaten league leaders.

Due to a gym availability issue, Entourage Basketball Inc. will not play any Crossover League games until late October. The team has scheduled a friendly match against ProAm SBL team Proform Eaglez, October 10th at United World College, plus multiple practice sessions to stay in rhythm during the long wait. 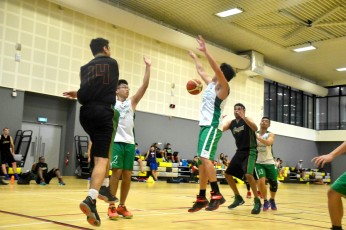 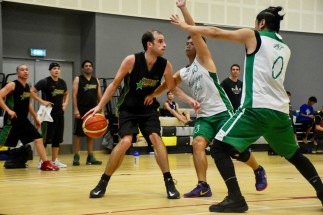 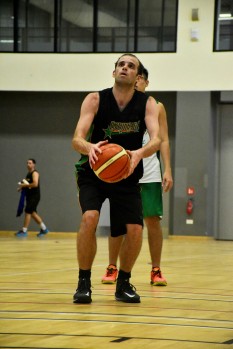