The seven-man Entourage team had to battle through some inconsistency (and sloppy transition defense) in the early going but rallied to dominate team Blitzwolves the rest of the way.

Team E.B.I. performed well shooting the ball, 55% on two-point field goals, and outrebounded Blitzwolves 30-14, with more than half the rebounds grabbed on the offensive glass (17).

All seven players scored and played hard on the defensive end, especially in the 2nd quarter when EntourageBBall amped up the pressure to force more turnovers. Young forward Alex had another strong outing, 15 points on 50% shooting, while crafty veteran guard Nourdin just missed out on a double-double with 10 points and 9 rebounds.

The ‘skeleton crew’ secured the win against the 1-8 Blitzwolves but played a sloppy first half, a fact Coach JJ made very clear a day later at practice.

Over the last 5 months, the hard work, consistent development of roster, strategy and regular practice sessions have culminated in a 9-game winning streak, with the chance to secure a perfect 10-0 regular season record this Saturday. The Average Joes, a tough opponent in the teams’ first contest a month ago, will be looking to play spoiler: Entourage Basketball Inc is ready for them. 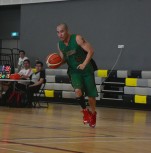 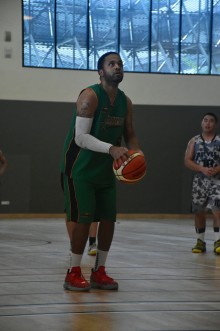 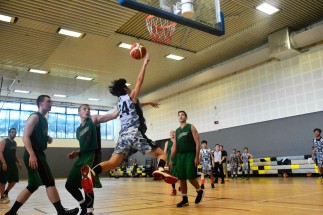