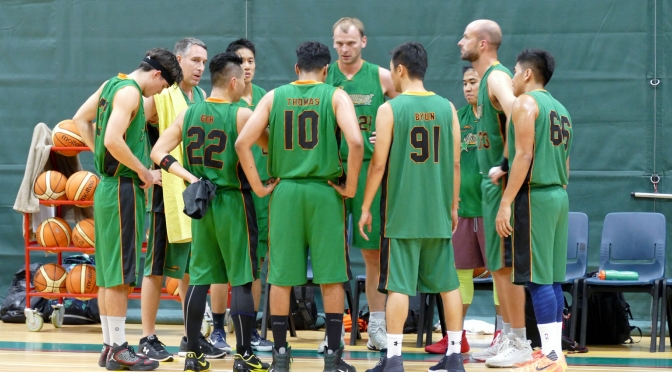 A successful week for the club as both teams came away with important victories. Here’s how it all happened.

Looking back on a desolate 1-11 record in their last campaign, the midweek squad, let by Robert and Jean Baptiste, were optimistic going into the Fall 2017 season of FastBreak Basketball club’s Men’s league.

The bulk of the team was returning, more Crossover league champions are now playing on the midweek team, Javier, Sinan, Chi, Tolga, JB, Ronnie and Terence are all committed. Even the newest club member, Josh is pulling double duty on both rosters. This promises to bring stability on both sides of the court, as the core group have been practicing and competing together for the last 13 months resulting in two straight titles.

The season opener against Fall-2016 champions, Iguanas, confirmed that it was not a misguided assumption: E.B.I won the close contest against a strong opponent that had won all three head-to-head games last season.
Another newcomer, Andrew,

had an immediate impact in his debut, shooting 4-8 on three-pointers and sharing point guard duties with veteran speedster, Chi.

A great start to the young season then, but the FastBreak league boasts some of the best amateur teams in the country, the improved E.B.I team must be prepared for hard-fought games going forward. Their Game 2 opponent: FastBreak Basketball Club’s well-coached  Under-20 team. Another strong challenge indeed. 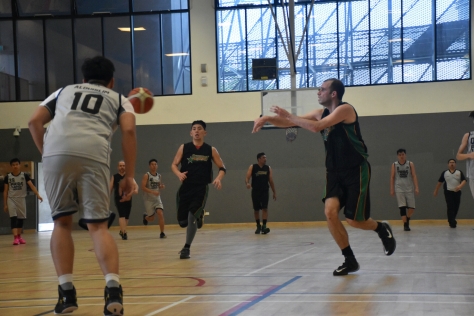 …and then the champions flipped the switch.
Three games into the Crossover League season, the reigning champs played disjointed offense, averaging high turnover numbers and scoring less than the previous campaign. The saving grace was the league-leading defense, conceding only 33.8 points per game.

Game four, the men-in-black and green faced league debutants, Eng Yew Basketball (0-3 record). Eng Yew, still getting used to the league, were coming off a 39-91 massacre at the hands of Proform Basketball, one of the top 3 teams this season, and were determined to sell their hides dearly against Entourage Basketball Inc.
They ran into a buzzsaw.

Anchored by yet another fantastic display of help-defense, team E.B.I, led by returning point Guard Alejandro (absent for games 2 & 3), sped off to an 18-0 lead at the end of the first quarter, the teams first ever shutout.

Showcasing improved passing, decision-making and creativity, the champs dominated on both ends. Eng Yew was faced with a pick- your-poison situation all game long: double-team centers JB and Sebastien, thus freeing up the torrid outside shooting of the backcourt, or try and contain the guards.

In one of the best outside shooting displays in recent club history, Alejandro (5), Terence (3), Dave (2), Ronnie and Sinan (1 each) sank virtually every three-pointer they attempted. A special appearance was even made by Leo Matytsine, co-founder of MatSing Technologies, prime sponsorship partner of E.B.I. Basketball club. Scoring 6 points, Leo, in town for a few weeks only, picked up the slack for his brother and team regular, Mike.

The squad showcased an improved transition game as well, running the ball upcourt while looking for trailers and kick-outs. All in all, an excellent display of team-oriented Basketball.
It took a few weeks for the offense to catch up to the strong defense but if E.B.I continue on this path, this game will stand as the breakout moment where it all just clicked.