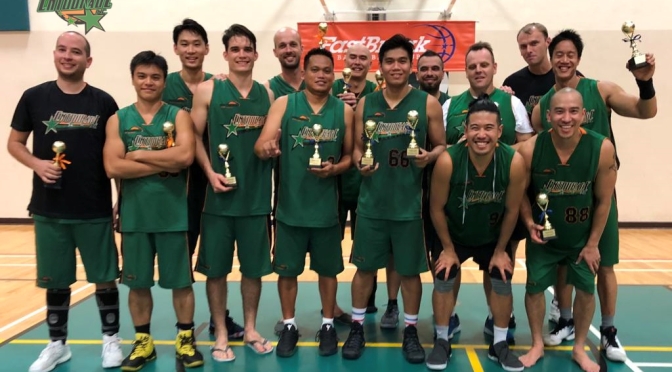 The mid-week team put the icing on the cake of a fantastic season while finishing with a perfect 10-0 record. A six man schoolers team fought tooth and nail to defend their title, being down ten points multiple times this game, but always rallying back.

Having the league MVP and top scorer, Ryan Mckinnon, always meant they had a fighting chance and he was at times breathtaking while scoring 37 points. The deeper EntourageBBall bench and inspired defense by Javier, Joshua, Will and others helped keep him at bay.

Torrid long-range shooting by Andrew (5-6 on threes), Brad (2-3) and Terence had E.B.I rolling early in second half but Schoolers never went away.

More media, stats and highlights to follow.
Till then: CONGRATULATIONS CHAMPS!